Alok Goyal - Balance between passion and money Podcasts in English 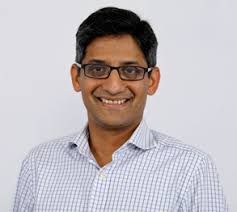