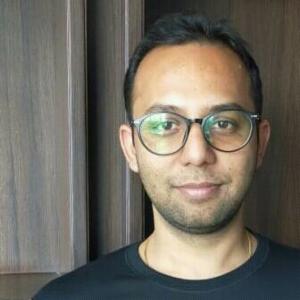 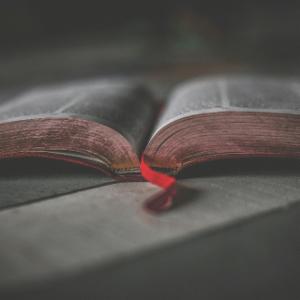 12
</>
Transcribe
Hey Mike. Hey Ashwani. Hi everyone. Welcome to the show. So this show is dedicated towards reviewing books. Today we will be reviewing the book The first 20 hours by Josh Kaufman. So I only wanted what did you think about the book Ashwani? Well, Mike, frankly, I think this was an easy to read with very few with very few things or messages as such or a specific guide as such a very easy read and very generic advice, which the author has shared in the book, but I would let you you know, share your summary of the book first and then maybe I can comment and add what I thought about it sure Ashley. So I think the entire book can be broken down into ten key points Point number one would be because You care deeply about Because unless you're passionate about acquiring that skill. Then you're going to become disillusioned or demotivated very quickly. That would be Point. Number one point number two would be to exclusively focus on that one skill because if we try to pick up any skills simultaneously then we won't see much progress and we get demotivated then that's a then the third point would be to Define exactly how good you'd like to be defined. Your target performance level because the definition of being good or acquiring the basic fundamentals of a skill will vary from person to person. So if you're learning a musical instrument, I think the author mentioned or what is your definition of good is this good mean that you'd be able to play three songs by heart or there's good mean that you'll be able to collaborate and join a jam session seamlessly. So you have to Define that because unless you have a clear goal of where you want to be. It's very hard to get there. Then the fourth point I think would be if to break down the skill into smaller sub skills and then tackle each of these sub skills individually. Correct. The then the fifth point would be for each of these sub skills that you've identified try and identify the different tools that you would need in order to succeed at achieving these sub skills. Then after that the six step would be to identify and eliminate any barriers or roadblocks that you think would interfere with you acquiring the skill. So the author talks about how you can have like internal barriers for example, fear and Of doubt and you can even have external barriers. For example, your phone might be drinking or maybe you have that need to binge watch the next season of Game of Thrones or something like that. And after that the seven step would be to be disciplined you have to consistently make time to practice because there's no point spending three hours on a scale one day and then not touch you on that scale for the next three weeks focus on spending at least 60 to 90 minutes on that skill every single day. And then you see progress very quickly. Then after that the eighth step would be you have to get feedback on your progress. So it's best if you In your immediate friends circle, you have someone who's already acquire that skill or you can even get the help of a coach because that feedback is essential to see how much progress you've made and they can also tell you where you're going wrong. So you can take corrective action in case you've learned something incorrectly or you implemented something incorrectly. Then then the ninth step would be to try not to do everything like at one go try to break down your practice session in short spurts you can probably Have three to five twenty minute blocks through your day rather than having one ninety minute block at the end of your day because you're less likely to go through with it then and finally finally the last step would be don't don't aim for Perfection. You you reach Perfection eventually just aim for quantity and speed try to get as much practice in into that time as possible and try to practice a lot. Andres yeah, and I think that's about it. Right. I think one thing that we should tell all the listeners as well make that the first 20 hours or the name of the book itself means that it's not that you're not going to achieve saying Evelyn level Proficiency in tennis by doing that. Is that require a lot more effort. This is just basic is just a very basic thing to get you the hang of things and you can get and you can get started in at least interacting or understanding what skill that you're trying to get. Rapid skill acquisition and not really the Mastery of a skill be that as there is a book like 10 years back which said $10,000 Yes, actually interestingly enough the author of this book actually had a Ted Talk on the same topic. So he talks about he talks about how the whole 10,000 hour rule came about. So that's very interesting Ted Talk. You should check it out interesting. Perfect. Okay - nice. It was nice talking to you all at my exam here. Looking forward to the next book review. Yes, and thank you everyone for tuning in. Yeah. Bye. Okay, bye-bye.
Welcome to Tapri - #1 Live Audio Broadcasting Radio App