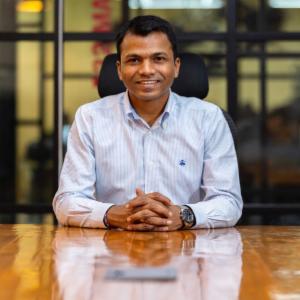 Co-founder and CEO at BlackBuck, a pioneer in bringing the offline operations of trucking online.