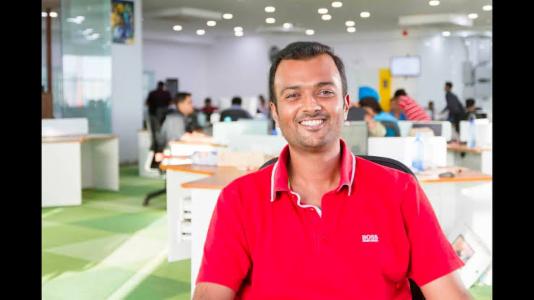 1
</>
Transcribe
In a highly competitive market. Yeah people use employees to hire away and get numbers and all that. That's unfortunately this seems to be happening in absolutely. Right? So you haven't had such issues. I think that's a good part about Mumbai. Yeah. We have a four percent attrition three to four percent attrition compared to what I hear is 30 to 40% in Bangalore. I think that's been one of our key guiding principles is that you don't need the Plus players you really don't the A+ players are also there's another word with a that they are also usually write the real. Yeah. Yeah. Yeah. So I think what we've learned over time. Is that the B plus a - yeah, but an A+ culture fit yeah is will do wonders for the team. Yeah, and that a plus a XYZ. Yeah. - yeah, well come in and ruin your culture even if that person does, you know amazingly then, you know, even if that person does amazingly it won't actually have the company in the long run. Got it. Yeah. So yeah. These are extremely important points for Founder's to Think Through from from early days, right? So anything else from an employee perspective, so any key learnings from the journey so far. I think you know calculated risks are very important for Founder's to really understand. And so even in our space we we obviously were went into a space which was fraught with regulatory issues is the same thing like hola Uber Airbnb. Everyone's gone into highly risky. Oh, yo, there's no there's no rulebook. There's no government regulations as no policy around what they're doing and they're Lies the reward right? Because the big companies will always be stopped by their legal teams. And because that legal risk is too far for their cooperation just startups can be nimble and take calculated risks by calculated risks is a really calculated risks, right? You can't start like a roll the dice and have you know how to call it a game of skill write it we did our research. On fantasy sports, it was proven as a game of skill in the US and worldwide and games of skill in India. If you are more skilled and chance is legal. And so we took that calculated risk with legal opinions only then we started it got it, but it was still not it still criminal prosecution in India if you're proven wrong. Because you'll fall under the betting and gambling the public gambling act. Right? So no big company your star spots of the world, you know, your star spots your Z your Sony there are touching this because of the regulatory because of the risk, but even even investors right? We're in investing for a long time. Yeah, it's over because of the game of skill same thing. So you took that's calculated risk and I done at every point you scale up and you have to make that risk lesser. So, you know fortunately For us though couple of court cases that were filed against us as we scaled up which helped us go to the court and get a favorable opinion because the judge understood that this is a game of skill and then that calculated risk became that risk became less. Oh and then we started pushing more. So you have to I think the couple of things I would tell Founders is that you have to be a Bunya you have to know your numbers in and out. You have to know our unit economics down to Pat. But you also have to be very ambitious and looking at a large market. So it has to be that combination of both and you have to have crazy perseverance. So, you know a lot of Founders come and tell me that oh, you know, I'm thinking of doing something around fintech because you know, it's so hot, aw, like whatever food delivery was hotter e-commerce was hot and now gaming is hot and and I'm like, yeah, but if you jump into a market, which is hot It is going to be a time when the market is not hot right or has issues. You will be the first to leave also, right because you would never came in with passion. You never came in because you woke up every morning saying that this is what I want to do with my life, right? So Founders really need to enter a space only when every morning they wake up saying I want to solve this problem every night. They have a tough time sleeping because they've not had a crack at it. You have to have that passion because The journey is full of potholes and barriers and if you don't have that passion, you won't be able to survive got it. Okay, that's that's that's really sorry comes a little intense. But yeah, no. No, that's that's really healthy.
Welcome to Tapri - #1 Live Audio Broadcasting Radio App