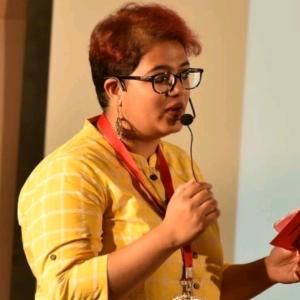 I am a tedx speaker and I speak my story of depression bipolar with borderline personality disorder hoping to spread awareness on mental health.