How Farid Ahsan came up with the idea Podcasts in English 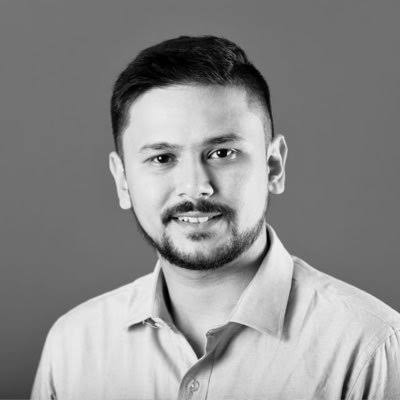 Co-founder and COO at ShareChat. Alumni of IIT Kanpur.

3
</>
Transcribe
How did you come up with this particular idea? So in 2014 we moved from kanpur to Mumbai graduated you graduated and then uncas was still in college. And we moved to Mumbai. We were working out of India portions of space that introduction happened because the aluminum in should particular he was incubated by India Pusha T was funded by India portion and even though India questions incubation batch got over the they allowed us to work out of their office. We were like the single team working out of their office incubated. They're having this two seats there and we were working on a debate platform called open you like having seven investors invest in companies. But yeah in during the journey with opinion we figured out that while it might look like a very cool product and while we were executed good at executing it as well. We got to some thirty two thousand users. Around four months time all organically we felt that this is still not am a Seer must have for a user. It's a good to have for Niche User. It's a very cool product its intellectual but it's not gonna blow like it's not going to become very very big maybe under, you know under a bigger Mothership. It will Thrive but it will not be big on its own and that is When uncas figured out an anomaly in the behavior of people on Facebook groups and WhatsApp groups that we saw that there was a post on Facebook in a Sachin Tendulkar fan page that I'm making a WhatsApp group of such involucre. Please give me your phone numbers and below that post. He saw there was some 80,000 people who had shared phone numbers mobile number mobile number. Yes, and this was like the Eureka moment that why is this? Happening, why are people sharing phone numbers on a Facebook group for getting onto a WhatsApp group because Facebook should essentially be the place. We're all searching. The milkers content should come in that fan club, but people want to move to a WhatsApp group. That means there's something lacking or something missing in the Facebook group, which WhatsApp is actually providing or it's just Comfort or it's something that WhatsApp has which Facebook doesn't have right now and with this hypothesis, we took all all those phone numbers put them in our own WhatsApp groups because we knew nobody could add 80,000 people in a WhatsApp group, but you can do it via code you can parse all those comments get all those numbers put them in your phone book, you know, automatically build those groups and then observe so we started observing I had around 600 WhatsApp groups like 200 each in the three of our phones and we just started observing what these users were doing and we had shut down opinion on the other side and this is December 2014. We just started observing why People are doing things this way. Why are they on WhatsApp? What are the problems? Why do some people fight on WhatsApp groups why people share on WhatsApp groups? What is the Bragg worthy proposition in being able to share on WhatsApp groups and that is where we came with this core idea that you know, look people make WhatsApp groups because they want to find content which is most relevant to them. They are not able to search they are not able to browse because they are on poor internet connections their phones. Do not support heavy websites their phones do not have great memory cards. These people also don't know English Beyond 25 words at Max the vocabulary is very very limited and moreover. The audience wants to find new people to interact with unlike us who have moved cities. There were these people who have stayed in the same city for 20 years of their life or 25 years of the level 30 years. Life have had the same set of 5 to 10 friends have probably gone to the same market for all those years have not have probably hit on the same set of other gender people, right? So these people want a discovery. They want during the recession. They want to view outside their world because the world is very limited and the mobile phone acts as a gateway to the new world. So if we can smoothen out all these He thinks all these problems that this user has while browsing the internet. We will be able to be there One Stop Shop for all content or people Discovery needs and that is how the share chat idea began and and at the core of this P realize one thing that people like to brag about being the first person to have shared cool content in their group. Like I'll give you its in Hindi, but I've seen it in on a lot of content group KISS Gabby who the Maha Maha yoga now this is the black body proposition that the new internet user wanted that they should be the first person to share that the marketer content on the group and this is the first need with which we started that at least for the WhatsApp group admins. At least for these people who want to brag VB that must have content solution. We be that must have content portal and then we will build on it from there. Okay, so that was the initial phase. As of right now, this is 2014 15 December 2014, January 22 leak. Yes.
Welcome to Tapri - #1 Live Audio Broadcasting Radio App