How was it growing up for Deep Kalra Podcasts in English 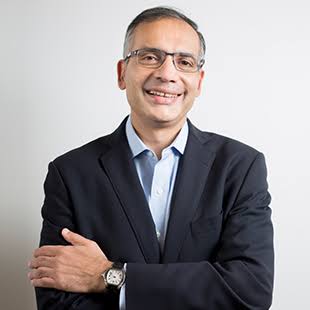 89
</>
Transcribe
I was born actually in Hyderabad. My Dad was posted there at that point of time but I grew up almost all of my adult life in Delhi and I studied both I did schooling in Delhi - St. Columbus School. I did my college from Delhi University, St. Stephen’s College, I did economics and then I did my MBA from IIM, Ahmedabad. I passed out in the year ‘92. Thereafter I worked for three years with a bank with ABN Amro bank, which was a young Dutch bank in India that point of time, but growing fast, very exciting place to be. From there, I think at the end of close to you know, three years, I was pretty clear I don't want to be a banker all my life. So I actually brought in a company called EMF Bowling into India. I worked for this American company. They were Virginia based company which was in the business of setting up bowling alleys and running them and in India, we believe that they'll be a massive family entertainment boom. As the things turned out, it was far more muted than expected and big learning there. Which year was this? This is ‘95 to ‘99. So I ran there for four years and you know, the realization was a very important one, that the cost of real estate in India by and large is not commensurate to what people are willing to pay for it. And this was a very space intensive thing. So real estate businesses you'll see, very few do well and those are those really high throughput kind of businesses. So I learnt a good lesson, but it was great fun. It was actually intrapreneurial so I learned a lot but I guess I felt I'm losing out on you know, probably development as a manager, as a career professional and I joined G Capital to get those inputs. You know, G gave me a very good role. I got a role as Vice President of Business Development, which was pretty exciting and I was introduced formally to the internet and which was something which was anyway happening in ‘99. It started happening out here in India and the more I got into it, I think the more I was convinced that this is going to change our lives in a very significant manner. So finally in April 2000, I took the plunge and I basically started MakeMyTrip. God, awesome. I want to come into the starting story, but before that, anything from your formative years that made you want to be an entrepreneur or anything? You know, it's interesting... only when you look back and you connect the dots, maybe you feel some of these things, but my dad was in private sector. He was in service all his life. My mom was a school teacher almost all her working life. So it could have come from the grandparents. Both my grandfathers were businessmen. So who knows? But I think for me it was more an understanding of doing my own thing was exciting but more important was I think not getting caught up in the big company kinda syndrome which I saw, because then you're in big companies very often, you know, you do tend to spend a fair degree of time unproductively. You're at work, it's not like you’re goofing off and for me that seemed very strange when I saw that. But I think the calling was both for the internet and I was convinced that an internet business will probably only succeed in a start-up kind of organization, not in a large company, because then it's only a side project. It's kind of something which is also there but your bread and butter is coming from your main business. So for me, I saw that and I said listen, this is got to be the only thing you do to make a change and so I guess it happened to me more than anything else, but I don't think I consciously thought about being an entrepreneur till really way down in my career.
Welcome to Tapri - #1 Live Audio Broadcasting Radio App