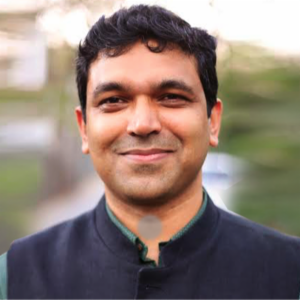 4
</>
Transcribe
What have been the challenges from the first.. raising the first fund, deploying it, getting the money back to the LPs from the first and second fund? So I think one realization is that cycles are very long in this business and that's not India specific, that's not a Bloom specific problem. It's A an India specific problem and it's anyway, a Venture Capital problem. So it's not like we are way off targets because we have to benchmark ourselves. When we go overseas, by the way, you take a flight and get out of this country. They say why the hell should I invest in India, leave alone you? I can invest in China or invest in the U.S. So you're benchmarked overnight with global Investors, right? So it's not even your peers in India. You're suddenly.. somebody's saying I'd rather just not play a fund like you and I can invest in some Chinese fund. So the benchmark.. we're not way of benchmarks, by the way. So we are eight years into our first fund, only three and a half years into our second fund, right? Closing in on four years later this year and of first fund is marked up above 3x. We've returned half the fund and that's not totally off whack. They just want to know like.. somebody says oh, I think you're going to be a great fund benchmark to global funds, they want to know that you can hit a 5x. That's all they're asking. They're not expecting more given that India was a tough market right? It's not been easy to see exits per say. My disappointment would be that we haven't yet built.. we didn't build fast enough . So our first fund companies are still predominantly subscale, I don't have a single company other than TaxiForSure and now Gray Orange which have crossed a hundred million valuation. We still think three or four can from the first fund if not, five six. And so those four years made it very slow the first 2011 to 14 and 14 15 We have a bunch of them like Cashify, Belong.. Things started picking up. The entire market shape-shifted more, you know more series B money, more cross-border money, more Chinese money, more co-investors, more pure investors. So when you take all of that cumulative effect into play you suddenly see that you know, the market has moved finally in the direction you expected it to move. So I think if we can accelerate what we did in fund two, fund one, by even two years and achieve the same milestones, we'll be in good shape. Eventually the.. when you say 4X, 5X it better be in cash. Who cares about what it is on paper. So that's the ambition. Can we shoot for that? In the first fund it might take 12 years? Hopefully in the second fund it takes 10 years and we deliver that. So that's that's the internal goal set. India has been a poor market as you said for exits. Do you see this improving in 2019 to 2022 period? I think the fact that founders who pass like a three, four, five year hurdle and don't die, survive. Right? First rule. When they survive hopefully they've created enough value that somebody will come and buy that business. Not easy to find buyers, not easy to get premiums on those kind of businesses and the good news from an exit's perspective is people have been building away for 10, 12, 14 years today, right? The first wave of venture money came in at 5, 6 so there are some.. lot of credible businesses out there. I don't know how many will sell, how many will many buyers are active, we don't have too many Indian buyers. So exits don't happen unless you have a active M and A ecosystem, especially for venture. O r you hit a certain scale where you can have a very attractive IPO even that hasn't happened fast enough. I don't know whether it will dramatically change in the next 18 months, but I hope to hell it does change after that. I think it's very important to build a culture of companies that can go IPO and everything else should be seen as incidental. You can't live the other way around, saying hey who can I sell this to? Who will I get stopped? Which unicorn can I palm this off too? It's just a bad strategy in my view. You bloody well build to a proper IPO-able business or don't bother is my take. Even the US market is saying that and they've been doing it for 60 years. There's no hacks to that. Right? Eventually if you want a great cash exit that's how it will happen is my take, right? I don't think as yet a Cisco or a Microsoft or a you know, Salesforce is coming to India and buying a business for three billion dollars and in consumer no way in hell are people coming in buying because they know the unit economics and India is going to be tough as a consumer business, the Unilevers, P&Gs, the coax of the world have been here for you know, decades together and they know it's a tough margin structure business, right? So yes Walmart paid a premium. I don't know whether you can count on many many more of those. So therefore let's build IPO-able business. And yes, it might feel like a little slower to build a profitability, but I mean enough companies have shown that post IPO they get.. if you're delivering on profit and growth you get rewarded very richly in the markets. Look at Naukri , look at TeamLease, right? These are companies which grew thirty, forty, fifty percent after IPO and the stock's just like done incredibly well, so I think that's the path I would recommend and I'm trying to push more and more of my companies that way.
Welcome to Tapri - #1 Live Audio Broadcasting Radio App