Nakul Kumar - What is ReGlobe Podcasts in English 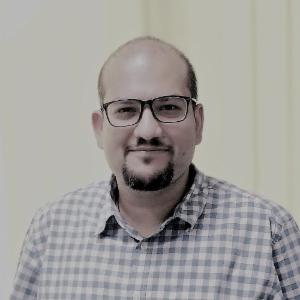 0
</>
Transcribe
Tell us a little bit more about yourself and the business. So the ReGlobe was started as a electronic waste consulting company by me and my co-founder Mandeep back in 2009. We were both recent graduates from our respective MBA colleges and we know each other from our engineering time where we were hostel mates. So the whole idea was you wanted to be in the waste industry because that was a big problem. And it still is in India where you know, we have a lot of waste and we have a lot of solutions internally, but most of them are unorganized and may not be the right ways to handle the waste we are producing so for us the whole idea was how do we get into this domain of waste management and build a business around it? So we started e-waste consulting firm where We would consult oems like Nokia. Nhp for their buyback programs. So as a OEM, they are responsible for whatever products they produce in the market. So that after end of their lives their responsibilities recycled. So our role was to make sure that we create supply chain in the market. of these items can be collected and then routed to the right recycling firm so that the environment is not affected and the items are recycles. Yeah, so we ran that consulting firm for two years and during those two years. We realized you just become like outsourced employees to big firms. And not really entrepreneurship because you know, our expenses were taken care by them. And then we were almost like employees to them. Reason of us becoming an entrepreneur was getting lost also the consulting practice was non-scalable because it was dependent on both of us being there for every project. So we realize that this is not the right way and we took a hard decision and saying that hey will stop the consulting test and set up our own recycling plant. So end of 2010 we set up our own recycling plant in Faridabad which was a scrap rubber and plastic into oil recycling plant. And again, we ran that for two years that I think that was the biggest achievement so far. We have had no carrier to run a manufacturing plant without any background in business. I was going to ask did you have some prior experience of setting up a manufacturing unit? No, right. I'm not at all. I think has of to anybody who's into Manufacturing in India is the most difficult business but most, you know the huge learning curve and if you can do that successfully you can do any business successful in India. Okay. So tell us what's the one biggest challenge you faced when you're running the manufacturing unit. I think the government norms and managing labor. The government has set up. So there are a lot of norms the government has set up and which they have not amended as the times of change it change. So, you know, you have to adhere to these norms but more on paper rather than on practical terms, which sometimes you think it's very stupid to do but you still have to do it because these are government norms. So I think that's a bit of challenge when for us because you were too young guys who had a lot of idealistic views on how to run companies or to manufacturing and we are to practice old ways of doing it because the government wants us to do it like that. So that was a big challenge for us and the second one was handling labor So in a manufacturing set up with you have laborers who are not trained properly and then you are training them from ground up and even things like hey, I want you guys to wear gloves and proper proctor protective masks, which is in benefit to them, but there was wouldn't still listen to it because they just don't like wearing them. So, you know, very funny shoes when you when I look backward. Word, but very challenging okay. Okay. So what happened after that? I mean did you do still have the manufacturing unit? No, so by end of 2012. We realized on the problem in the business. It was non-scalable like most manufacturing units are so we had set up a tent and unit. We are taking a bank loan and we were doing great outputs and then we got the loan off by end of 2012 and then to double our output we were we would have again to take the same bank loan and go about it. So we realize that it was non-scalable at all. So every time we have to double our output we have to again put the same amount of capital to increase so which is a non linear growth. So we realize that hey we've learned enough from this business. It's time to graduate to the next level of business. And then we sold that whole business to one of our end users. Wow, that was end of 2012. And that's the beginning of ReGlobe in the current avatar which is the online a short selling platforms. So that's when we started early 2013.
Welcome to Tapri - #1 Live Audio Broadcasting Radio App