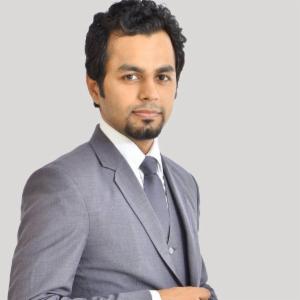 6
</>
Transcribe
Take us through your personal story, my friend. … What's missing from the intro is probably my life before Leaf wearables because everything you told was after Leaf wearables. So if I have to talk about what my life was before Leaf wearables, then my life started. I'm fairly young guy. I'm 23 right now. So I was born in 93 in a small place called Kunnur. It's a it's a it's a village near District of Sonipath in Haryana. So I was born there and I grew up in that place only till my class 10th. So it was a fairly small school in which I have studied. So after 10th, I realized that and you know, I need to now move out of that place and move to Delhi. It's not very far from Delhi. So it's like 80 kilometers from here. So I used to come in my childhood days also, so I thought you know now is the time to move to Delhi. So I moved here and I started preparing for my joint entrance exam, which is JEE, you know entrance exam for IIT Delhi. And then I was like working really hard for two years because you know, they were two big barriers in front of me one was that you know, JEE requires a lot of hard work. IIT is not easy to crack everyone knows that, but apart from that there was another problem that I always faced was the barrier of language. So coming from a small town, I was not that well versed with the linguistic skills in English, which were required to crack JEE. So eventually I had to face a double sided challenge of working on my linguistic skills and then again on the Joint Entrance Exam as well. So I used to work like 14-16 hours a day only used to eat and sleep besides that. Work hard for two years and then eventually got into IIT Delhi. So getting into IIT Delhi, I opted for Civil Engineering because again, I was attracted towards Civil Engineering because you know, whatever you build stays in this world and that's tangible. You can touch it. You can feel it unlike just a computer program something. So I was fascinated by that, I opted for civil engineering and started working towards that. Then to you know work on my creative side as well, I started to dance as you mentioned in the intro. So I joined this academy called The Dance Works, and I'm now trained in jazz, funk, contemporary, modern and I've also taught all of them. So I'm a dancer cum instructor. So later on I went to Singapore for my internship in green buildings where I actually saw the startup culture. This was actually back in 2013 when it was not that much in India. So I saw the startup culture there, came back, got my friends together and started this company called Leaf. Wow, that's quite a story my friend. So tell us what’s , what did you do to improve your linguistics? Yeah, yeah. So two two main things I used to do: I used to read a lot of books and I used to watch a lot of movies. So I'm a big fan of movies till that date. And also I'm big fan of reading a lot. So these are the two things mainly which help me out. Okay. Well, I used to watch lots of movies as well, I did my schooling in Telugu medium. So I wanted to improve my English at some point and when you watch these English movies, you always forward to certain bits, right? My intent was learning the language. So yeah, let's let's see, let's go back to dance. So right so tell us why did you get into dance my friend? Quickly. You know when I was studying through the two years when I was preparing for my entrance exam, you can imagine that what kind of a bookworm I would have become so I wanted to explore my creative side. I didn't want to stay a bookworm through my life. So I was a very bad singer, so I thought of joining dance. So when I when I when I went on to dance, so through the days, I realized you know, it was a great recreational thing it would get all the emotions out. You could do a lot of experimentation with dance. So explored my creative side there and then went on to complete the all of it and then became an instructor also and then I moved on. Wow, awesome. Can you teach our listeners some of the moves? If they can see me, maybe.
Welcome to Tapri - #1 Live Audio Broadcasting Radio App