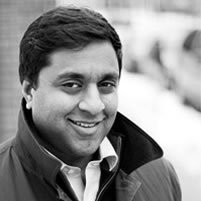 Founder and General Partner at Haystack and Venture Partner at Lightspeed.

2
</>
Transcribe
And typically since you have moved from individuals to more institutions, what is the reporting structure or various structures required, you know, which you can share with the audience. Yeah. I mean a lot of this is online but like, you know, you have to have proper bookkeeping answer proper documentation, you have to have for back-office function to report there's firms that are propping up to do that for firms, but it's not cheap. So you need a certain level of AUM to run the business and then you know stuff. Times people will ask you to cut the portfolio in different ways and it's not really what investors do so, it's really a separate function. If I move timing coming towards the conclusion of the podcast. What do you think are your habits which you know, you could become full successful, you know, I would say in five to six year period of time in VC industry, you have done what it takes 10-15 years for your peers to do. Yeah. Well, I mean, I don't I don't know if it's success I think of it when people use that word. Rectum and say survival or you know, I don't know if you follow that that movie Christopher Nolan's Dunkirk and we seen that you have seen that okay. Yeah. So in one of the trailers it says, you know, it's a very haunting trailer so you don't need to watch the movie but he says something like survival is Victory. So so what I would say is that I think the Tactical elements that help me. Get here in no particular order is one. I was able to take enough shots on goal that I were able to hit enough companies that people recognize number one number two is I started small as like a passion project and it started to work and it's easier to kind of start small because you have to convince your people. I think three is that in the in the marketplace of ideas on Twitter and on blogs people found value in those insights. And I didn't really spend a lot of time on it and said there was a very high leverage activity that made people more comfortable with me or felt like they knew me in some way and then I think I just made sure that I that my my reputation not that I was trying to create it, but that people would think of me as a kind of sober consistent Dependable person so that if I say, I'm going to follow up on this I do it or if I say, I can't do that. That's what I mean. Mean or if I'm sharing a deal with someone I'll maybe say here's what's working here as what needs Improvement and I'm I'm not trying to promote I'm trying to just share observations. And so I think just doing that consistently has earned me trust over time. I know what do you think, you know a growth in semin has assembled today and symbol for five years back. I think during that time I've really because I spent so much time with LPS and so much time preparing to raise these funds that I feel like I Understand the mechanics of the business are Venture. And so I know what its limitations are. I know enough of the history and data to know when I'm going outside my comfort zone and I've been very lucky to have a mentorship or people who have done it for many years and decades to ask for guidance and build up my own conclusions based on that guidance. So I would say just like being here is just very fortunate. Thank you so much them. It's been wonderful to have wisdom from you and know your journey as well. Yeah, no, thank you, and hopefully, you know, it helps other people think through their decisions, but you know, I feel like I made a lot of people who were kind of around 35 or younger, and I'm just a little bit older and I feel like that that difference of when you have kids or you're about to have kids and you kind of crossover from 35 into a new Zone. Maybe you collect a little bit of wisdom not a ton but a little bit and it's wonderful to see you. You being a single person Army are able to do so much at Haystack. Well, I have a team but yeah, I've reinvested in the business to build a little team but it's still small and you know try and you'll see to said that the decisions get more complicated in life and work and I put people around me to sort of act as as thought Partners around all these big decisions, so
Welcome to Tapri - #1 Live Audio Broadcasting Radio App