The fab journey of Xiaomi Podcasts in English 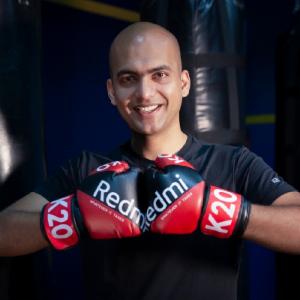 1
</>
Transcribe
Everyone knows Xiaomi in India. yes but from your perspective from business side. Just talk to us a little bit about what you've achieved in the past five years, what is the scale of Xiaomi today. So Xiaomi started our India business.Its a nine year old company globally. We are also young startup. We started our India journey 5 years ago in 2014. I joined the company in May and we officially launched a business in July and we started from a very small base. Not knowing where we were headed in the beginning. My office was my home. Then it became a coffee shop next to flipkart office. Then the first official office that we had was a small room which would seek only 26 people and I was the only employee and it was a little bit embarrassing because people would come for a meeting and sometimes we would talk about these worth 10 crores hundred crores and they would ask Where is the team and I would say I am the India head and I am the team i would serve coffee. I would open the door. I would do almost everything and in beginning, people would think that we were a ponzi scheme, but would think that I would take away the money and run away and no one knew Xiaomi at that time. Nobody knew Xiaomi, which year was this is 2014 mid and people in no idea because Xiaomi was mainly present in China. Yeah, and the presence outside China was very limited. Yeah, so people would always look at me from a suspicion saying that I was doing something wrong. So that's how our journey started within three years by 2017 will become the largest smartphone brand in the country were taking the incompetent brand which was number one for last six eight years today in five years. We are the largest smartphone brand with the largest multi-brand with the largest fitness brand and with the largest power bank brand in the county. We have launched about ten categories. We are number one across four and very rapidly building business across remaining six categories. Wow. We've also launched our e-commerce platform me.com with the third-largest e-commerce platform in the country today after Flipkart and Amazon. We have launched many internet services including OS including our payment business video Services music services, and we've also launched many iot devices in the country. So this is where we stand right now congrats. That's that's great progress.
Welcome to Tapri - #1 Live Audio Broadcasting Radio App